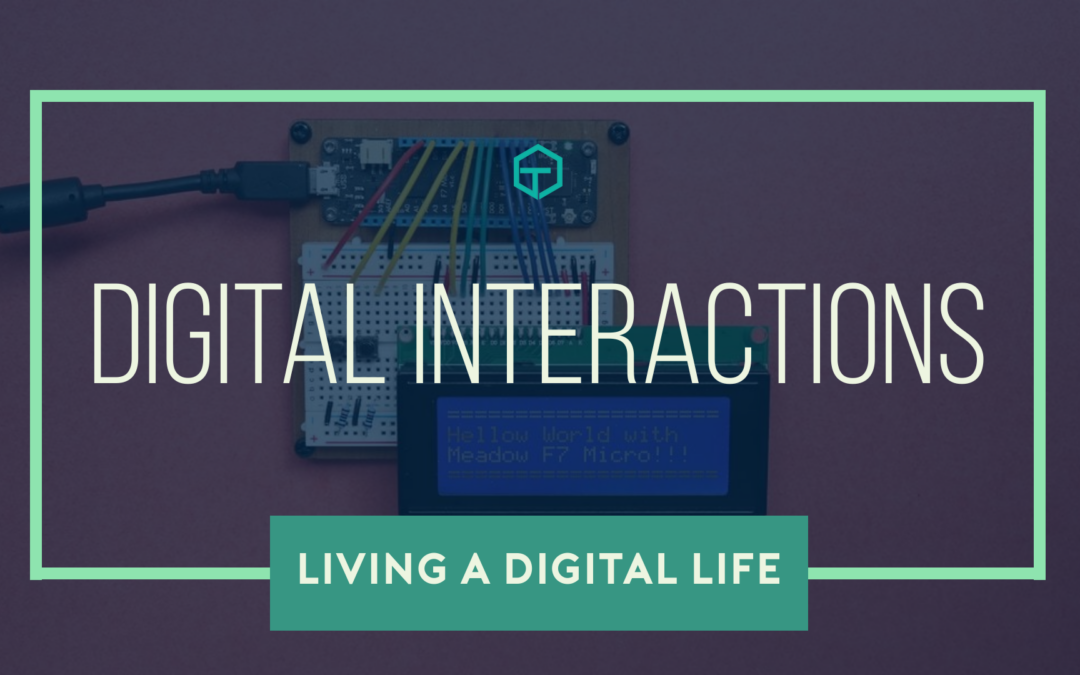 Our world is increasingly digital. So much so that not only can you not live in the modern world without interacting with some kind of digital device, you probably aren’t even aware of how often you do so.

Let’s take a standard visit to the doctor. Nothing fancy, just a regular check-up. Even before the day of the appointment, you probably called the doctor on your smartphone to set it up, along with a text reminder. On the day of, you wake up, look at the time on your phone and see the reminder text. Then you look up the doctor’s office in your map app and it tells you how to get there. Once you arrive, that app might ask you to review the travel experience. Then, you let an Internet of Things (IOT) device take your temperature. Finally, you get into the office and there is another interaction as you check yourself in on the mounted iPad. Or perhaps the person at the desk checks you in on a computer. Eventually, the nurse arrives and takes your weight, height, and blood pressure. You get the point. For something as simple as a normal doctor’s appointment you could easily go through two dozen digital interactions before the doctor so much as walks into your room. And for the most part, you probably didn’t even realize it was happening.

This is going to continue to increase, especially as we get used to having more and more connected devices. IOT devices are expected to quadruple in just the next few years, which means that short of living in a log cabin in the middle of Alaska, it will be impossible to avoid digital interactions while doing something as simple as making toast.

And yes, this is a problem. Not so much because of the existence of the technology itself, but because we are interacting with it unconsciously and sliding towards letting the machines literally dictate our lives. We are essentially starting to change our lives to fit the programing rather than developing the technology to fit our lives.

Another fine example of this, one that is easier to see, is the difficulty that many businesses have with integrating new technology in their businesses. Many managers and owners complain that every time they try to bring in something new, they meet nothing but resistance from their workers, with many even refusing to use the new equipment, regarding it as a threat to their job. To be fair, sometimes it is, but even when it isn’t businesses tend to take the wrong approach to integration. They expect people that have been doing a job for twenty or more years to suddenly take direction from a machine. They want people to conform themselves to an algorithm. No wonder the workers don’t much like it.

So what is an example of doing it the right way? Of conforming the technology to the workers? Many auto manufacturers have replaced their painters with robot arms, a change that didn’t necessarily go smoothly at first. It took time to perfect the programing so that the machines could do as good as the people. However, there was one Swiss factory that put sensors all over the painters, recording their movements as they worked. When the machines did arrive, they worked much better than their simpler counterparts, mimicking the techniques of painters who had developed the most efficient ways to work through years of experience. Essentially, they made the machines learn how the people work.

This is what TARTLE is doing, building a digital environment that is tailored to people, rather than trying to wedge people into a digital environment. By taking all those digital points and organizing them in one place, we allow people to take back control of their own data rather than an algorithm. You then decide how it gets used and can make sure that it is used to help people build better lives, rather than it being used to manipulate the lives of others. Remember, that data reflects you, a real human being with real concerns, not a mere data point on a server. You, and even your data are much, much more important than that.