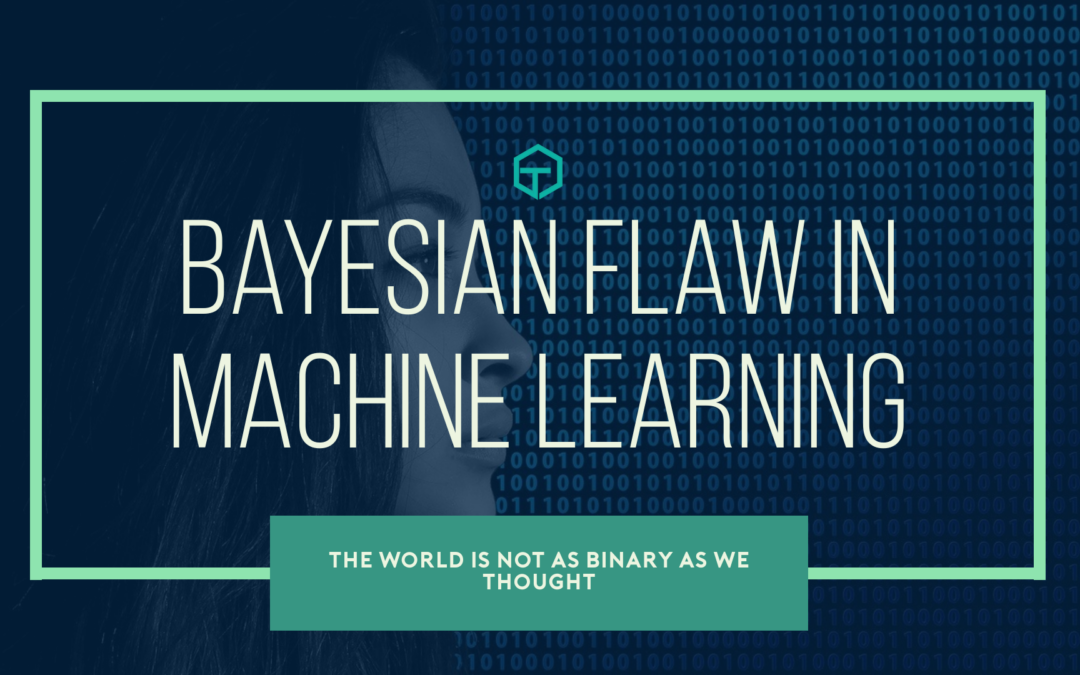 We’ve spent some time in this space talking about artificial intelligence and the problems with it. One of them is the term itself, it isn’t intelligence in the real sense. Machine learning is more descriptive of what is actually happening.

Another issue with machine learning as currently implemented is that it follows the Bayesian Theory of statistics. Let’s break that down a bit, using the simple coin toss as our example.

A coin has two sides, heads and tails. In theory, every time you flip that coin there is a 50/50 chance of the coin landing on either side. That seems reasonable on the face of it. After all, how many other options are there? More than you think, but more on that in a minute. It also isn’t quite accurate to say that there is a true 50/50 chance in how the coin lands. How so?

There are a variety of different variables that affect the coin. The angle of the flip, the force behind it, a slight breeze, or even changes in air density. How does that affect the 50/50 probability of how the coin lands? Remember, the coin isn’t perfectly smooth, there are embossed designs on either side, and those designs could interact with the above variables (or any others that could exist) in a way that makes it overall more likely land on one side or the other.

The Bayesian Theory attempts to take this into account. After several flips of the coin, it may be that the ratio is more like 60/40. The Bayesian statistician will then readjust his predictions to account for this, and readjust later if necessary. While better than the surface level understanding of probability most people operate under (and for most uses, this is fine), it still is working on the faulty assumption that there are only two ways the coin can land. The truth is there is at least a third possibility, it could land on its side. Likely? No. Possible? Absolutely. And depending on how you break it down, which part of the side it lands on for example, there are many more possibilities.

Why is this a problem? After all, the chances of the coin landing on its side are so small as to be statistically insignificant. And that’s true, until it happens. Then it’s the only result we would talk about. Unless our framework doesn’t allow for the possibility. What does this mean? It means we tend to pick and choose our reality to fit a certain framework. Instead of looking at that unique occurrence and trying to figure out how that happened, we are too often tempted to simply toss it aside, to ignore it so it doesn’t disturb our nice and orderly framework. We’d rather reshape reality to fit our theory than reshape our theory to fit reality.

How does all of this affect TARTLE? Most data mining is done based on the faulty premise that machines can account for all of the deviations and variables from the framework that it is programed with. The truth is that the computers and algorithms only make assumptions based on models that operate on inadequate premises. Or more simply, they only know what they are programed with. If they are made to look at one particular thing, they are really good at that. Anything outside of the programming is discarded. The machines can’t deal with anomalies. Nor are they good at figuring out why things happen, they don’t handle cause and effect very well.

That’s where TARTLE comes in. Rather than working on the assumption that a company can really know who you are based on data mined with a series of algorithms, we work with people. You have the chance to fill the gaps that machines never can, to help others understand why you make the choices you make when you make them. The data you offer through TARTLE is therefore much richer, more detailed than anything that could ever be mined from afar or skimmed from social media activity. That richness also makes your data considerably more valuable than anything that could be gained otherwise. That detail, that richness will help build better products that are better solutions to real problems that will help build a better world.