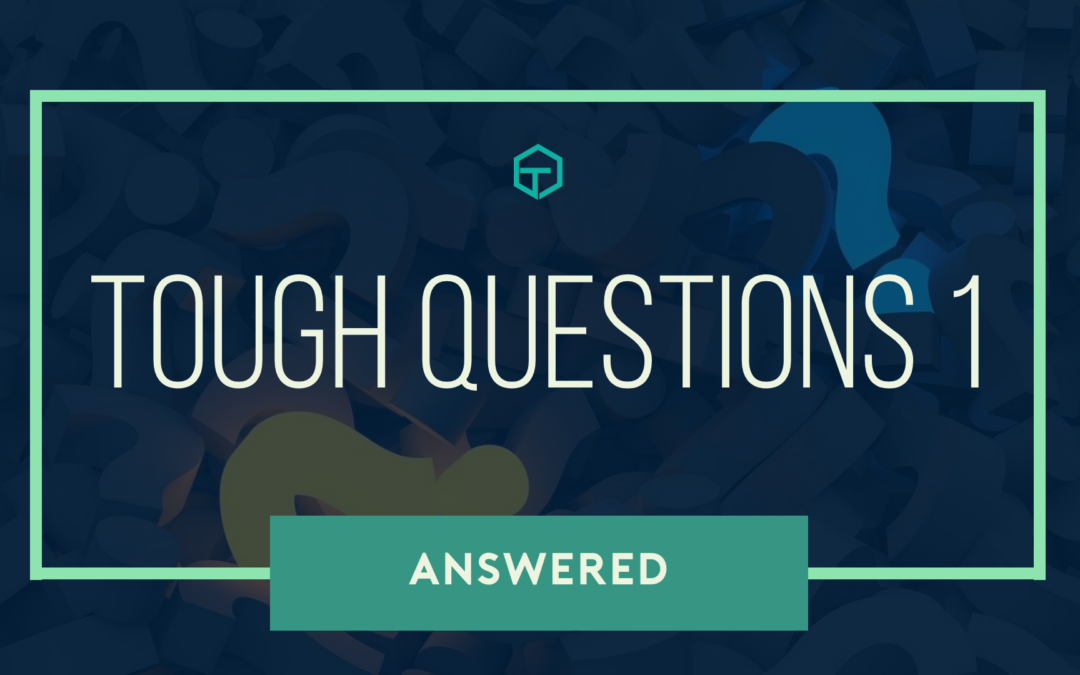 TARTLE is all about transparency. We’re building a platform that is truly a service to our users. Part of that is a willingness to answer tough questions from our users and people thinking about signing up. To that end, we’ve got a stack of questions here and we’re going to get them answered.

Question: How do I know you’re not going to use my data for nefarious ends? After all, pretty much all the tech firms started out innocent but eventually changed.

Answer: The most important thing about our system that will keep us from using your data for any nefarious ends is that our system is completely anonymous. Not just the seller but the buyer is anonymous as well. The exchange allows only for entirely anonymous interactions between different parties, interactions that are entirely voluntary and protected by high-end encryption. All of that reduces the incentive for us or anyone else to use your data without your approval. Also, it’s worth pointing out that a lot of the other tech firms that might not have respected individual privacy in the past are now beginning to set up more anonymous systems. Whether they are doing it in because legislation is forcing it or because it is a good faith response to user demands doesn’t matter. Right now, everyone is moving in our direction, not the other way around.

Question: How do I know my data is safe and I won’t be identified?

Answer: This one is simple. We use very high end encryption. Once you input your data, it is essentially converted into a language that can only be read by a computer that understands that same language.

Question: No one is bidding on anything. When do I get paid?

Answer: There are two things that could be causing you to not get any bids. It could be that you haven’t filled out any of the data packets or that they are incomplete. Essentially, if there isn’t any data, or it hasn’t been populated yet, then no one can bid on it. It also might be that whatever data packets you do have filled out aren’t in demand right now. It might just take some time for buyers to find you and your data. In the meantime, you can go through and fill out some more packets to increase your chances.

Question: How can you make sure that the companies buying our data are good companies?

Answer:  Whether any company is good or bad is somewhat relative. What one person thinks is a great company, another might think is one of the worst businesses ever. That’s one reason both our buyers and sellers are anonymous. If someone is concerned about, say making sure they are only working with companies that are environmentally friendly, they can just fill out the appropriate data packets. And of course, it is the user’s choice whether or not they let a given piece of data go or not.

Question: What are some tangible examples of benefits TARTLE has provided or plans to provide to society?

Answer: We were recently working with a company that was trying to determine if they should expand in a new location. They were trying to work with other companies to analyze data that would help them make their decision but were not getting anywhere. Then they looked at TARTLE and realized that they could use our system to get information from people who would be directly affected by the proposed expansion. That means they are making an effective business decision based on information from people who will directly benefit from it. In terms of tangibility, that means they don’t waste a bunch of time and money on something that will ultimately fail. That means there are more jobs available and that people are getting products they actually want.

Question: Who are your biggest competitors?

Answer: We don’t really have direct competitors. The closest are places like Data Que and Data Co-op. What they do is buy your data from you at a set rate and then sell it to interested companies. TARTLE of course is different in that we are an exchange, not a middle man. You sell the data directly to buyers, not to us.

Question: Why would any of these companies be interested in a bunch of aggregated source data? It seems like Google and Amazon already know a lot about me.

Answer: That is a great question. While they know a lot about you, all of what they know is tertiary. They know a lot of facts but they lack context. They don’t know anything about your relationships and how they affect your life. They don’t know why you make the choices you make. So all of that tertiary data has to be interpreted based on various assumptions that may or not be accurate. If they can get data on why you do what you do by asking you directly, that can help greatly with predicting future market trends.

That will do it for this round of questions. We’ll be back soon to answer more of your questions and help explain how TARTLE is going to revolutionize the digital world.